Join the forum, it's quick and easy

A pro-ana website. We do not promote the development of anorexia or any other eating disorder. Browse at your own risk.

You are not connected. Please login or register

» How much would you like to lose for Christmas?

» We need more activity on the forum

» Another one from MPA!

» Transitioning from bulimia to anorexia?

When people get suspicious

When people get suspicious

People keep bothering you about your weight loss, "why you never eat," or if you're "turning anorexic"? Here's some ways I've found that help keep people from being too suspicious of you.

1. Don't advertise your diet. Don't bitch that all you can eat is x amount of calories or y type of food. Bitching about food (or lack there of) you cannot eat will annoy friends and drive them away. If they know you are on a diet, they are more likely to call you out on "taking it too extreme" and start a whole mess of drama. If they offer you food, just decline it politely. If they demand a reason, say things like "I don't like x ingredient," "I'm not hungry right now, but I'll try it later," "I don't want to spoil my appetite for dinner [or other meal]." I hate using the "I'm vegetarian/vegan" or "I'm allergic to x ingredient" because they can sniff out bull shit if they try hard enough.

2. Don't announce to the world that you feel fat. People will either think you're a bitchy self-centered person fishing for complements and sympathy, or they will say "yes, indeed you are fat" and make you feel 100 times worse. If they think you have body issues, they are more likely to attribute weight loss to anorexia or other eating disorder behaviors.

3. Fake eat. Carry food around your backpack. hold a candy bar, a pack of nuts, or a piece of fruit. Be seen with food. Buy a bowl of soup and just bring a spoonful of soup to your mouth while you talk for a while (don't have to actually put it in your mouth). People will believe you will or are eating said item. They will passively imagine seeing you eat it. I've carried the same apple for a week without anyone noticing it, and someone has told me, "I'm glad you're eating again." lol.

5. Don't skimp out on every food-event. Friends want to take you to dinner? Go. You should be able to recognize what types of food are naturally low calorie and order that on the menu. There's a lot of tricks for what to do when you have a food event that I'll go in detail in another post, but main ones include:

6. Blame balanced diet, exercise, or genes. If people constantly ask you "How come you are so skinny?!" blame it that you're naturally skinny. If they ask how you lost the weight, blame it on diet and exercise. If they're interested in the type of diet, you can just list one of the mainstream diets out there (like atkins diet or paleo diet). You can even have fun with this and give false diet tips. I've told someone time I cut out all potatoes from my diet and lost 5 pounds (lie). I've told another person I ate a stick of chalk before dinner and lost 3 pounds that way (lie). Another option: blame a disease. Say you had thyroid problem or a really bad flu and lost weight that way.

****Difference between #1 and #6: you can say you WERE on a diet, just don't say you ARE on a diet. People won't bother you if the diet is in the past and done. They will bother you if it's still on-going because they sometimes see it's in their power to intervene.

7. Don't make a show about not eating. My god, this one irks me in movies: the protagonist goes into a huge hissy fit about eating one carrot or the mother pleas through tears for him/her to eat one more bite. Have dignity! Just eat it, then get out of there. Accept it and move on. Compensate for it after. If you put on a show, they'll think there's something seriously wrong with you and throw you into IP or other treatment option.

8. Play ignorant. Don't blab all this knowledge about dieting, nutrition, and eating disorders. "Normal" people don't obsess about that kind of stuff and therefore don't know that much about that area. If people are spewing obviously wrong information about dieting "OMG THIS APPLE IS LIKE NEGATIVE 20 CALORIES" don't be all preachy about what calories are, how you can't eat negative calories, etc. Just keep it brief, maybe even off in your numbers, such as "I thought an apple is like 60 calories?" Not, "Even compensating with energy spent during digestion, an apple is still only 43 calories."
CoolGurl

Thx for the tips!

Not going to lie, I want them to know. Because, either way, they're not going to care. I have no intention in going out of my way in hiding my eating habits.
AnaInfected

Omg yes! I dont understand how people can go about blabbing to people about the fact their not eating, it seems very counter productive to me.
In saying that, I wasn't always so aware. I guess it something you learn over time.
I do love this post though.
Haricot Vert 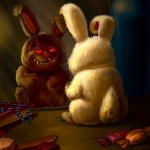